EXCLUSIVE – An interview with Connie Han, the rising star of jazz

Connie Han is the rising star of American Jazz scene.

The New York Times describes her as “the rare musician with fearsome technical chops, a breadth of historical knowledge and enough originality to write tunes that absorb your ear easily.”

Her second album, “Crime zone”, was released in October 2018.

You brought up around traditional Chinese folk and classical music. What got you interested in Jazz music? What are your “piano heroes”?

Since I was very young, I’ve always been interested in art that’s rough around the edges— art that strived to be creatively daring. I was first exposed to jazz as a freshman at the Los Angeles County High School for the Arts, where I heard the epic trio recording of Kenny Kirkland’s “Chance” from his self-titled (and only) album. When I first heard the social chemistry, the deep pocket, and grit in his music, I knew in my heart that I’d be a professional jazz musician.

“Crime Zone” is your second release. How did you choose the album title and what’s your favorite song of “Crime zone”?

The title “Crime Zone” illustrates how I feel that jazz should sound: unapologetically individual, dangerous, provocative…. and most of all unafraid. My favorite from the

album is “Another Kind of Right”.

The third song of “Crime Zone” is “By the Grace of God”. What’s your relationship with God and faith? What is, to you, the “love supreme”?

Similar to most of my compositions, the title is figurative and not meant to be interpreted in a religious context. The “love supreme” to me is the universal peak of spirituality that a jazz musician reaches at the height of social improvisation. Just experiencing that clarity and out-of-body euphoria where your not only reach your potential, but surpass what you thought was possible— it’s the reason I stay committed to my craft.

In your opinion, can Jazz still be a revolutionary language as it was for Nina Simone or Billie Holiday?

Of course— you don’t have to deconstruct the building blocks of jazz to be original. As Mulgrew Miller put it, “Jazz is part progressive and part folk art.”

What are the top 5 records that have had a greater meaning for you and why?

These five albums have influenced and inspired my sound/style the most.

What are the sounds that are mainly catching your attention in recent times? 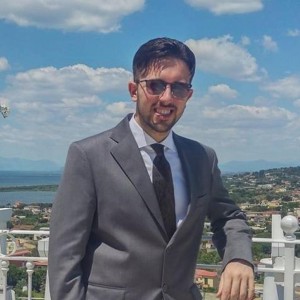